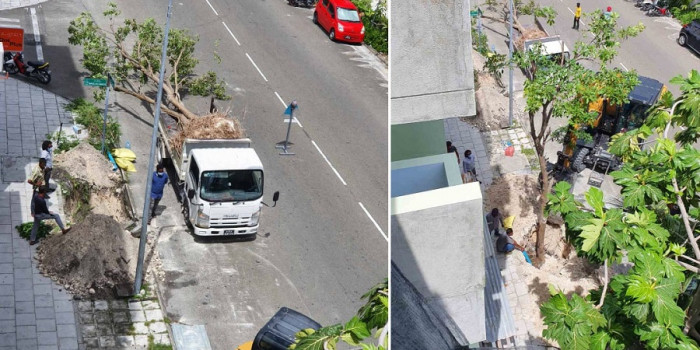 After removing these trees, HDC is planting flowering plants. In addition, Miadhu News has learned that they plan to uproot some breadfruit trees as well and replace them with flowering plants.

Even though the government’s official policy is to promote agricultural activities in Maldives for greater food security, HDC is not acting in accordance with this policy. Many people believe that HDC rules over Hulhumale’ and they are trying to make Hulhumale’ an autonomous city within the greater Male’ region.

Previously Miadhu News asked officials of HDC who were cutting down trees in the main street of Hulhumale’ why they are doing that and one of them stated that they were asked to cut them because the trees were planted during President Maumoon’s administration.