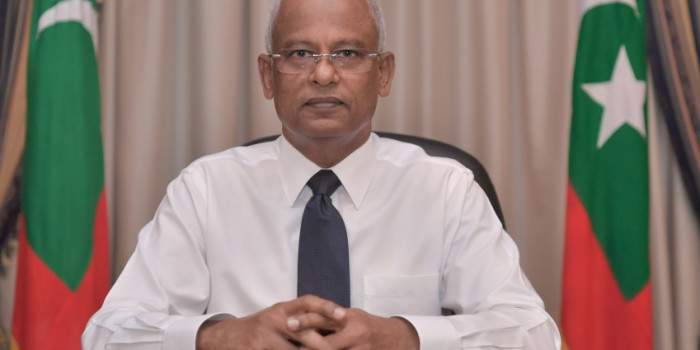 'Victory Day Reminds Us of Our Love for Our Country' - President

'Victory Day Reminds Us of Our Love for Our Country' - President

Victory Day reminds Maldivians of the importance of loving our country, President Ibrahim Mohamed Solih stated in a message published in the 28th edition of “Addana”, an annual magazine by the Maldives National Defense Force (MNDF) on November 3rd, to commemorate this occasion. The failed coup d'état on this date on November 1988, attempted by local discontents and aided by armed foreign mercenaries, was a dark day for the Maldives during which 19 locals lost their lives.

The President described this event as one of the most brutal and deadly assaults on the country’s independence.

In acknowledging the heroism and bravery of the fallen, President Solih expressed that we must learn from our past and gather inspiration as we commemorate Victory Day. He added that the heroic actions of the martyrs defending our country and religion symbolise their patriotism.

He affirmed that the Maldivian armed forces continue to display that same bravery and love towards their country, and that our citizens will always remain grateful for their selflessness and valour on November 3rd. He further added that the unity and compassion demonstrated by the Maldivian population on that day remain intact even today.

Concluding his remarks, the President acknowledged the perseverance of the Maldivian people and thanked all involved in foiling the attack on our beloved nation. He added a note of appreciation to India, for their swift intervention upon the Maldivian Government’s request.