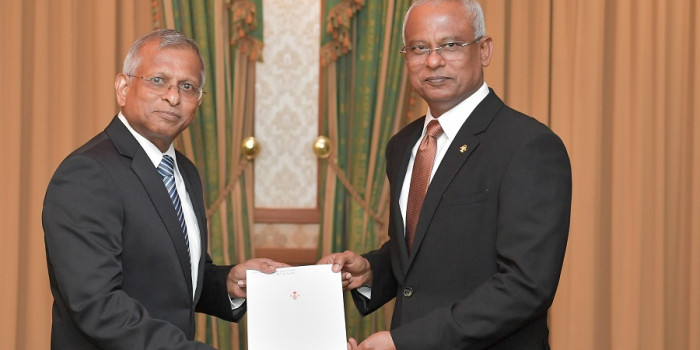 Ali Hashim has been appointed as the governor of Maldives Monetary Authority today by President Solih.

He was appointed to the position in a ceremony held at the President’s Office today.

Ali Hashim’s name as sent for approval to the parliament last week and the parliament gave approval within the week. Ali Hashim was the former finance minister during President Nasheed’s administration.