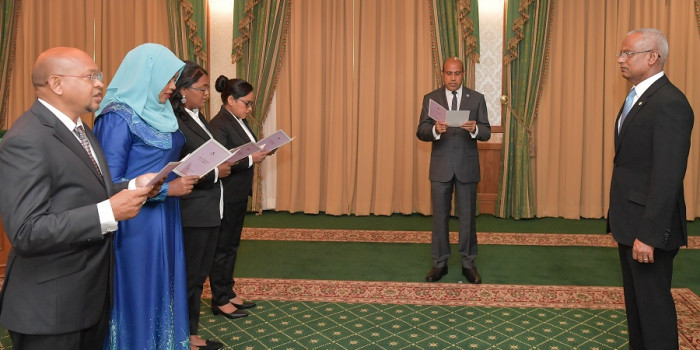 Uza Fathimath Anoola previously served on the Presidential Commission on Corruption and Asset Recovery and attained her first degree in Shariah and Law at the Maldives College of Higher Education.

Mariyam Shiuna previously served as Executive Director at Transparency Maldives and is currently studying for her PhD in International Development.

Aishath Abdulla previously served as an Audit Executive at the Ministry of Finance and attained her first degree in Accounting and Finance at the Maldives National University.

Ali Ashraf previously served at various managerial level positions at Villa College, including the post of Director of Marketing. Ali Ashraf is currently enrolled in the Masters of Business Administration program at the University of Western England.