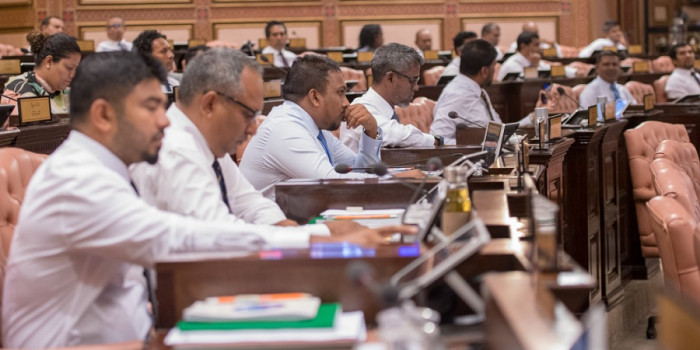 Speaking at the parliament today, ruling party MDP’s members have stated that Justice Hailam’s verdict on President Yameen’s case will not be fair.

Some members stated that because Hailam shared a cartoon where national hero Hussain Adam is seeing dragging a group of people who are bounded by a chain. Among the people in the cartoon includes President Solih and speaker of the parliament Mohammed Nasheed.

In addition MP Nihad of Feydhoo constituency accused Hailam of taking 2 million dollars as bribes from former President Yameen and said that he has agreed to issue a verdict which is favorable to the former president.