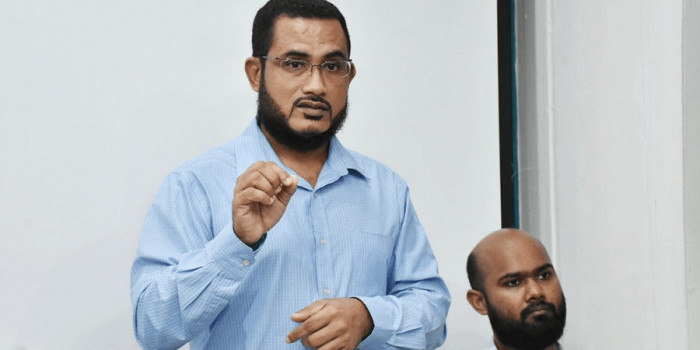 He tweeted today saying that he thanks Allah as the government has decided to dissolve MDN. In addition he said that the President is very wise and his methods to protect the Islamic identity of Maldives is exemplary.

The government announced the decision to ban MDN earlier today. The government has given MDN 45 days to settle their debts and other affairs. Government decided to ban MDN after more than a month since the general public has begun a massive campaign to ban MDN.