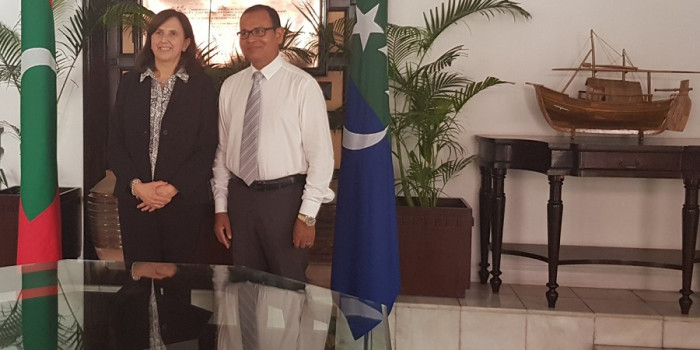 Deputy Leader of People’s National Congress, Adam Shareef Umar has met with the officials of European Union who are visiting Maldives today and shared concerns of the opposition with the delegation.

Adam Shareef shared concerns related to the imprisonment of former President Yameen. The EU delegation is headed by the Deputy Managing Director of European External Action Service for Asia and Pacific Paula Panpalonia.

The meeting was held at the parliament and after the meeting Adam Shareef tweeted saying that, since the opposition believes that the trial was unfair, he shared the concerns of the opposition with the EU delegation. He said that in addition he also talked about the challenges faced by the opposition.

The former president was found guilty of money laundering and was sentenced to jail in November 2019. Since then he is in jail. His lawyers have appealed the case and so far two hearings have been held.