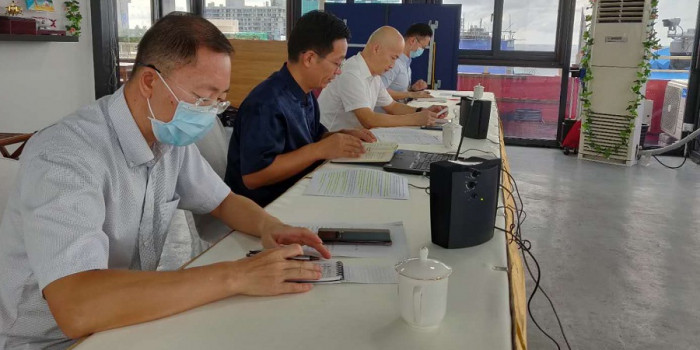 “Ambassador of China to the Maldives, H.E Zhang Lizhong has said that Maldives is among the 77 countries which are being considered by the Chinese government under G-20 Debt Service Suspension Initiative of China.”

Ambassador of China to the Maldives, H.E Zhang Lizhong, today met with the Minister of Foreign Affairs H.E Abdulla Shahid this afternoon. The meeting was held virtually.

During the meeting, Ambassador Zhang briefed the Foreign Minister on the ongoing Chinese assistance to the Maldives, including the offer to set up a medical laboratory by the Chinese Company, BGI, towards supporting the efforts of the Government in combating COVID-19.

Ambassador Zhang briefed Minister Shahid about the decisions of the National People's Congress. Minister Shahid reiterated the Maldives government’s firm and unwavering commitment to the ‘One China Policy.’ He assured the Ambassador that Maldives shall always respect the sovereignty, national security and territorial integrity of China.