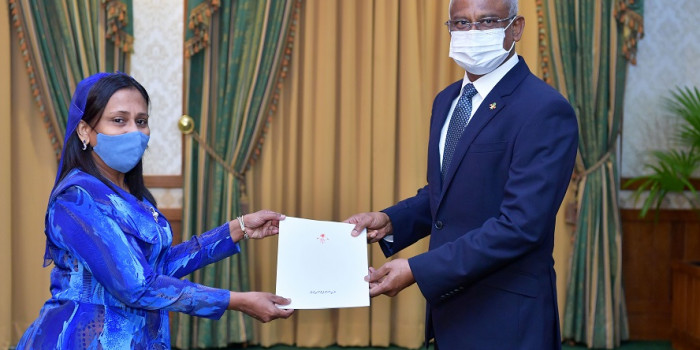 Ms Zaha Waheed had previously served the government in several key positions. Most recently, she served as the Minister of Fisheries, Marine Resources and Agriculture, from November 2018 until May 2021.

Ms Waheed made invaluable contributions to the Maldives’ in fisheries, marine sciences and disaster management through years of diligent work, including establishing a National Platform for disaster risk reduction and enhancing community based disaster risk management programs. Between 1989 and 2008, she served in the Fisheries ministry in several focal positions such as Senior Researcher, Deputy Director and Head of Policy Planning and Coordination Service. She was also appointed as the Minister of State for Fisheries and Agriculture in November 2013 until August 2015.

Ms Zaha Waheed attained her Master of Science (MSc) in Marine Science (Fisheries Resource Management) and had completed her Bachelor of Science with Joint Honours in Marine Biology and Oceanography.