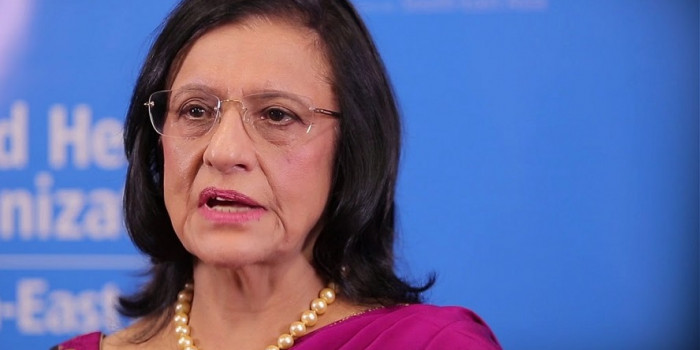 Invest to End TB. Save Lives

Invest to End TB. Save Lives

On World TB Day, WHO is highlighting the urgent need for national, international and global stakeholders to invest at least US$ 3 billion annually in the South-East Asia Region to avert nearly 4.5 million new TB cases and prevent more than 1.5 million TB deaths by 2025.

Globally, TB kills more than 4100 people every day. It makes close to 28,000 sick. In 2020, amid the COVID-19 response, TB caused an estimated 1.5 million deaths globally, up from 1.4 million in 2019. In the Region, estimated TB and TB-HIV mortality increased by nearly 10% in 2020, to over 700,000 lives lost – a trend that is likely to continue, if not worsen, unless urgent action is taken. In all countries of the Region, WHO continues to accelerate efforts to end TB, in line with its Flagship Priorities, the global End TB Strategy, the UN Political Declaration on the Fight Against TB, and Sustainable Development Goal target 3.3.

The Region continues to galvanize political momentum to achieve the End TB milestones. In October 2021, India, Indonesia and Nepal co-hosted a high-level meeting at which Member States committed to renew the TB response, building on the legacy of the 2018 Delhi End TB Summit and the Region’s Statement of Action. At the meeting, Member States endorsed a new Regional Strategic Plan (2021–2025), which among other features, provides a detailed account of funding shortfalls for priority interventions. Between 2015 and 2021, domestic budgets for national TB programmes tripled, from US$ 168 million to US$ 558 million.

Throughout the COVID-19 response, countries have made commendable efforts to maintain essential health services, including for TB. In 2020, India launched a “Jan Andolan”, or people’s movement, against TB.

In 2021, Indonesia issued a Presidential Decree to End TB, while both Nepal and Timor-Leste launched high-level initiatives to accelerate towards the End TB milestones.

Achieving the Region’s US$ 3 billion annual investment target is especially important given the impact of the COVID-19 pandemic. In addition to the 10% increase in TB mortality in the Region in 2020, case notification dropped from 3.6 million to 2.6 million – the same level as in 2015. After five years of growth, the Region suffered an economic contraction of -5.4% pushing tens of millions of people into extreme poverty and exacerbating the social determinants of health. In 2019 almost 23% of new TB cases in the Region were attributable to undernutrition, which has since intensified among the poorest and most vulnerable.

In all countries of the Region, social and economic support for TB patients must be enhanced, better integrated into social protection services, and delineated into measures that are TB-specific, TB-inclusive and TB-sensitive.

In the months and years ahead, the Region has several priorities.

First, translating political momentum into on-the-ground action and results. To do that, WHO will support Member States to operationalize empowered TB mechanisms based on the principles of the multi-stakeholder accountability framework for TB.

Second, increasing human resource allocations and engaging all care providers. Not only will this reduce TB mortality itself, but also increase the strength and reach of key TB interventions, from active case-finding and contact-tracing, to the provision of TB preventive therapy, improved support for TB treatment adherence, and a rapid vaccine roll-out as soon as next-generation TB vaccines are developed and approved for use.

Third, intensifying community engagement in planning, monitoring and implementing national TB programmes, ensuring that TB services are close to where people live and work and sensitive to their needs.

Our momentum must not be halted. Since 2017, accelerating efforts to end TB by 2030 has been one of eight Flagship Priorities in the Region.

Amid the COVID-19 response, and in the recovery that will follow, it will continue to be a critical concern. Increased investments in ending TB will not only avert new TB cases and deaths, but also avoid the loss of more than 31 million disability-adjusted life years in the Region between now and 2025. Across the Region, traditional and innovative financing mechanisms must be explored. Our network of TB financing agencies must be expanded. Together, we must achieve the highest attainable standards of rights-based, stigma-free, quality-assured, people-centric TB preventive, diagnostic, treatment, rehabilitative and palliative care.

On World TB Day, WHO calls for urgent, sustained and adequate investments in ending TB to save lives and secure a more equitable and sustainable future for all.