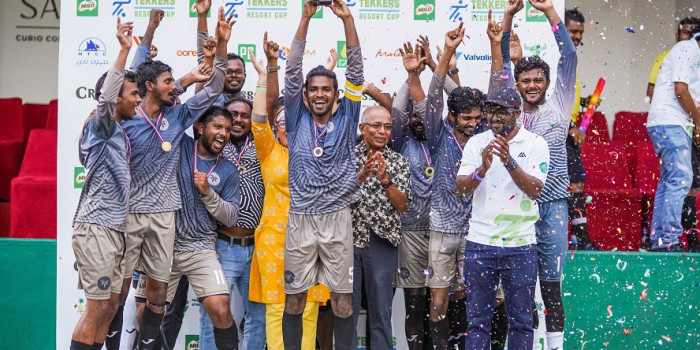 For the South Kaafu finale, special guests from various parties joined together to watch the game. Managing Director of Crossroads Maldives and Hardrock Hotel, Mr. Unan Tolga attended the game representing Hard Rock Hotel Jersey along with other directors.

In the first half of the final match, Ozen-Life Maadhoo took a 2-goal lead by the help of star players Jadullah Ahmed and Mohamed Sirukhaan. It was almost like team Maadhoo felt no pressure from the home fans of Hard Rock Hotel. In the final half, Hardrock hotel took control of the game and top scorer of the tournament Aiman Ilyas made it all square for Hard Rock. Minutes later Maadhoo took the lead and inspired the whole team to score another goal.