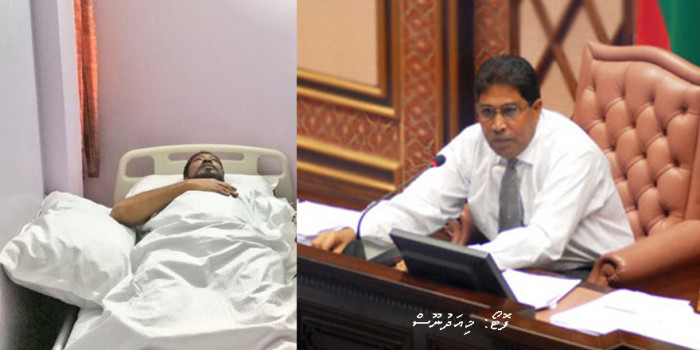 Even if killed, Squeesed the whole nation will be proud of every single drop of blood that drips from Qasim Ibrahim

Even if killed, Squeesed the whole nation will be proud of every single drop of blood that drips from Qasim Ibrahim

Today Qasim Ibrahim is the leader of Jumuhoory Party. Before, he was the speaker of the parliament that wrote the new constitution that Maldives sees today.

The constitution was drafted after many struggles and sacrifices. The government had the majority of the parliament. The rest were opposition members who were few in number.

Qasim was the speaker of the parliament all by himself. He did not have any others to back him within the parliament. The views of MDP and views of the government regarding the constitution was very different. No one wanted to give any leeway.

The work done by Qasim during those days to draft the constitution, was a great struggle and a sacrifice in bringing democracy to Maldives. These events will be written in golden letters in the history of Maldives. Even if some people try to wipe away these things from the history it cannot be done because it has been engraved in the hearts and minds of the people.

The hero who brought the new constitution to us is now admitted at the hospital. He is in a serious condition and his right to seek treatment has been denied. Even if religious lectures are held calling to give life to the soul, and saying that those who take part in killing an innocent soul will face justice, no government official seems to hear this. However, all these people claim to believe the Quran and obey the orders of Allah.

While we celebrate the 9th anniversary of the ratification of the new constitution it is important to remember the hero who made it all possible.