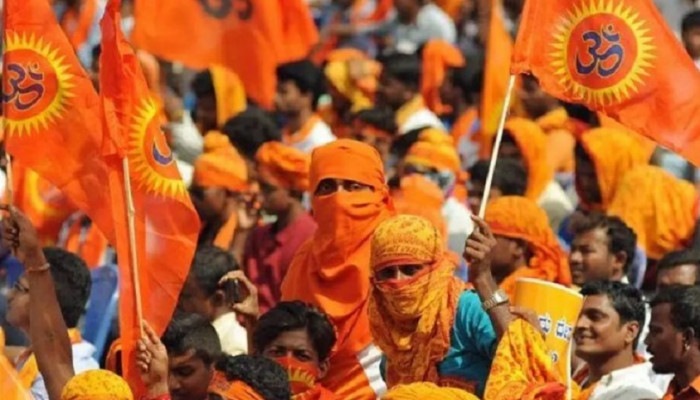 If you haven’t been taking the state of minorities in India seriously, especially that of the Muslims, you really need to pay attention. Many of you know me as the editor-in-chief of Muslimmatters but my day job is at Justice For All, a human rights organization. One of our projects is Save India From Fascism, where we monitor the rise of Hindutva* and its effects on the Muslim population.

The state of Muslims in India is dire. I truly believe that we are at a tipping point. India has two Genocide Alerts on it, more than any country in the world. Aside from economic and social disparity, attacks on masajid, regular incidents of mob violence and beef lynching* occur once persons have been identified as Muslim. This has multiplied under the current government of the Bharatiya Janata Party, which is the political wing of the Rashtriya Sawayamsewak Sangh (RSS).

The state of Muslims in India is dire. I truly believe that we are at a tipping point with this new call to 'Shastra Mev Jayate', which means 'Warfare/Weapons triumph'. India has two Genocide Alerts on it, more than any country in the worldCLICK TO TWEET

Hindutva organizations such as RSS are like the Ku Klux Klan, but worse in that it is a paramilitary force that works hand in glove with the ruling party in India. Hindutva groups are frankly unlike any thing we have seen in the past. They operate at the political (BJP, like the Nazi party or the Tea Party), social (VHP, like the KKK), religious, and paramilitary level (RSS Shakhas or centers, like the Proud Boys and the Serb Volunteer Guard), as well as with extremist groups enforcing their ideas through mob violence (Bajrang Dal).

Beef lynching: Mob murders of Muslims on accusations that the victims slaughtered or transported cows or ate beef, also known as cow vigilantism

Compounding pre-existing conditions, amongst the chaos of the COVID-19 outbreak, BJP followers spread rumors blaming the Tablighi Jamaat for the spread of the coronavirus. They have vilified Muslims as “superspreaders”, boycotted Muslim businesses, refused to treat Muslims in hospitals, and used hashtags like #CoronaJihad to incite hate against Muslims. Some Hindu organizations refused to distribute food packets to Muslims.

During the Delhi pogrom, at least 52 people were killed and 200 injured in three days of violence in India’s capital in February 2020. The violence was organized, systematic, and exploited existing fractures. Many minority owned businesses and properties were destroyed, and communities displaced in targeted attacks by Hindu mobs. While a policeman and some Hindus were also killed, the majority of the victims were Muslim. Often police were complicit or assisted right wing Hindu mobs.

It wasn't just a dog whistle, it was a full on call to arms.CLICK TO TWEET

Today I am left reeling after watching hours of footage from a Genocide Convention, I really don’t know what else to call it, held in India. It wasn’t just a dog whistle, it was a full on call to arms. The videos shared have millions of views. From December 17-19, 2021, several major religious leaders, sadhus and saints, right-wing activists, hardline fundamentalist militants and Hindutva organizations convened in Haridwar, Uttarakhand, India for an event called the ‘Dharma Sansad’ or ‘Hindu Religious Parliament’. Many of these religious leaders are close to Chief Ministers in several states–these are not fringe elements of society. I want you to know their names and faces.

The largest religious body of Hindus in India issued a call for the annihilation of Muslims and other minorities and so far no one has been arrested nor has any major elected leader made any statement condemning the edict.CLICK TO TWEET

The largest religious body of Hindus in India issued a call for the annihilation of Muslims and other minorities and so far no one has been arrested nor has any major elected leader made any statement condemning the edict.

Militant Hindutva leader Yati Narsinghanand leads the 400,000 member Juna Akhara and organized the gathering. Akharas were formed centuries ago and are inherently militant forces. Since then he has stuck to his guns, abused the government for not treating India’s Muslims like China treats Uighur Muslims.

The Hindu Religious Parliament was held in Dharmanagari Haridwar, an important Hindu pilgrimage site in North India. The gigantic Kumbh Mela takes place here and it is considered one of the holiest sites in Hinduism. Yati was invited to speak in the United States by the  Vishwa Hindu Prarishad – America, but rescinded the invitation after pressure from groups like Hindus For Human Rights.

At the conference, Swami Anand Swaroop Maharaj, who usually tweets warm fuzzy messages on Twitter, declared that “if the [local/federal] governments do not listen to our demand (establishment of a Hindu Rashtra through violence against minorities), we will wage a war far scarier than the 1857 revolt.”

“The Vishva Hindu Parishad was born out of that meeting and has since been a two-tier structure — while a group of RSS pracharaks acts as the core of the body, a vast network of prominent sadhus of various Hindu religious sects formulate Hindu perspectives not just on social but also on political issues, to be propagated to other Hindus. In the beginning, this network of sadhus was a loose structure, but later it was given a formal shape under the name of ‘margdarshak mandal’.” Akharas became compromised in recent decades according to research by Dhirendra K Jha, author of Ascetic Games: Sadhus, Akharas and the Making of the Hindu Vote, especially once the RSS outfit associated itself with the Babri masjid issue.

In 2019, the Akhil Bharatiya Akhara Parishad, (ABAP) All India Akhara Council, the highest governing body of Hindu saints and seers in the country did not take part in the RSS organized Hindu Religious Parliament. “VHP works for BJP, and sadhus should stay away from politics. That’s why the Akhara Parishad decided to boycott the Dharma Sansad,” then ABAP president Swami Narendra Giri stated. His dead body was found earlier this year. The new President is an RSS/BJP supporter and the ABAP leadership was prominently featured at the assembly.

At the December 2021 conference, multiple calls to kill minorities, attack their religious spaces, and for the establishment of a Hindu state were made.

The motto of the convention was  ‘Shastra Mev Jayate’, which means “Warfare/Weapons triumph.” It was meant to incite armed violence against Muslims. At the conference, Yati Narsinghanand urged the attendees to arm themselves by stating, “Economic boycott won’t work. Hindu groups need to update themselves. Swords look good on stage only. This battle will be won by those with better weapons.” This is especially troubling in view of the growing arms sales to India.

Another Dharma Sansad is expected on January 1st and 2nd with the same call and motto. Yati has announced 3 more, one in Haryana, and two others in Uttar Pradesh (Aligarh and Ghaziabad).

Narsinghanand was obviously referring to “Velupillai Prabhakaran, the founder and leader of the Liberation Tigers of Tamil Eelam (LTTE), an armed organization that sought an independent state for Sri Lankan Tamils. Prabhakaran and the LTTE were responsible for the death of former Indian prime minister Rajiv Gandhi.”

Over the course of three days, this event witnessed an extraordinary quantity of hate speech (noted below), mobilizations to violence and calls for genocide of Indian Muslims .  Yati’s followers also announced that they are giving arms training to youth. Remember, historically, akharas are armed militant forces.

The event was also attended by BJP leader Ashwini Upadhyay, who has previously been arrested for organizing the Jantar Mantar Rally where slogans were raised calling for violence against Muslims, and BJP Mahila Morcha leader Udita Tyagi, giving the conference a level of political endorsement from the ruling party. Upadhyay presented a saffron dyed India’s Constitution to his spiritual leader, Yati Narsinghanand Giri.

Hitler style, there were calls for a Final Solution, with several reference made to the Rohingya genocide.

The Role of Media

The demonization and dehumanization of Muslims in India is now more prevalent. India has seen a substantial amount of hate speech and vilification of minorities, particularly Muslims, across different platforms such as mainstream media outlets, social media and public rallies is increasing at an alarming rate. In a televised speech Prime Minister Modi remarked that those involved in violence “can be identified by their clothes”, referring to the Muslim community.

Recently, the Editor in Chief of Sudarshan TV, (a channel with millions of viewers), Suresh Chavhanke, publicly took an oath to “die for and kill” to make India a ”Hindu rashtra” or a Hindu Nation. The TV channel is known to spread highly inflammatory news about the Muslim community. He was arrested in 2017 for spreading communal hatred. Additionally, Hindu extremists affiliated with India’s ruling Bharatiya Janata Party (BJP) took a public oath to kill religious minorities. In a now-viral video, Suresh Chavhanke, editor-in-chief of a television channel, is seen administering an oath to a group of people to “die for and kill” to make India a Hindu nation. The group is seen doing the Nazi salute. The Dec. 19 event in Delhi was organized by a Hindu hate group founded by Yogi Adityanath, chief minister of Uttar Pradesh.

Human rights organizations have been warning about the signs of genocide in the region. The well-respected Genocide Watch has two genocide alerts, declared when there are signs of the early stages of the genocidal process, on India. The most of any country in the world. With the Unites States seeing India as the foil for China, and little being said and done by the any group of Muslim governments, prayers for our brothers and sisters in India are needed. Indian Muslims are the the world’s largest Muslim population after Indonesia.

I ask you at the very least to pay attention and take action:

·        Join the team and volunteer your skillset to help stop genocide

·        For US, Canada, Australia, United Kingdom, European Union and Germany please use this tool below to tweet at your elected official as a constituent, once you add your address (JFA does not share your info with anyone, ever), the tool will auto-populate your elected official’s Twitter handles. You will need to set a Twitter account. Constituents have better chance of being heard. Others use the click to tweet and add your elected leaderships’ Twitter handles. 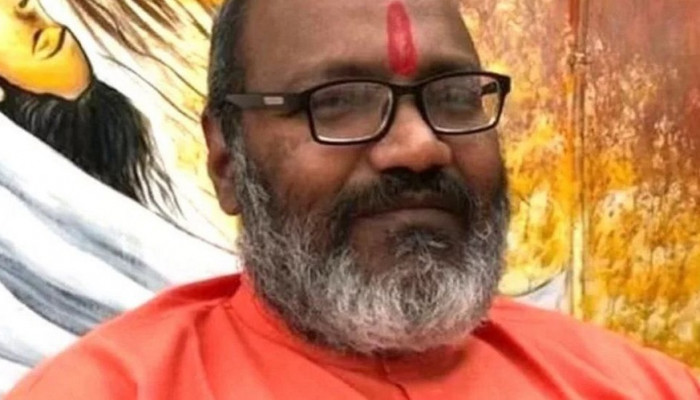 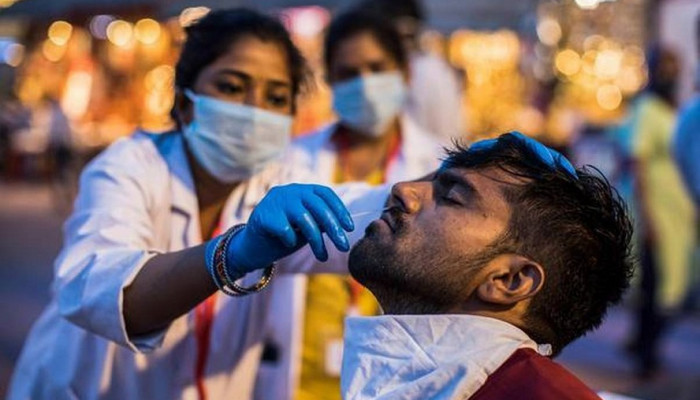 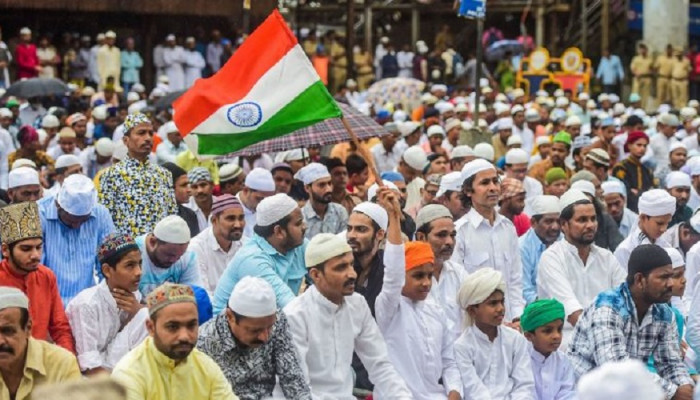 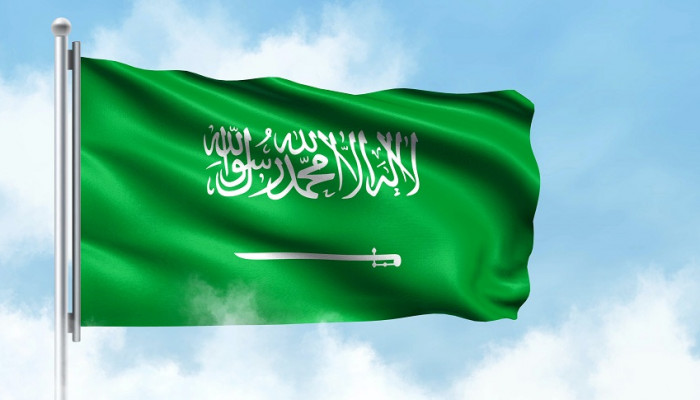